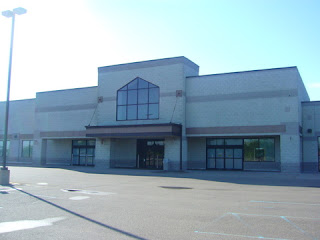 A recent article published in Crain's Detroit Business revealed that 24 lawsuits were filed against A&P in the Michigan area for failure to pay rent. The article went along with a scathing editorial of A&P admonishing their actions. A&P long left the state of Michigan but was still obligated to pay rent under its leases for some vacant and sublet stores. Prior to ceasing rental payments for the properties, A&P's attorney sent a letter informing the landlords that they would be returning possession of the space.  The leases have payments remaining totaling $150 million. No explanation has been given as for the reason. Speculation is the failure to pay rent is a tactic to negotiate a settlement on the lease liability, or that they will simply go bankrupt. A local attorney stated that the move was unprecedented from what he has seen and heard in the real estate industry. I have only experienced and heard of situations like this where the tenant eventually went bankrupt.

This is obviously a huge blow to the landlords and lenders. The owners of the properties range from large companies to small local business people. Most small landlords are dependent on the rent from A&P to make their mortgage payment. They may be forced to default on their loans and face foreclosure of the property. They may not have the resources for a long, drawn out legal battle with a company the size of A&P. If A&P intends to negotiate a settlement on the leases, they are essentially putting a gun to the head of some landlords. If the landlord is in default or foreclosure, the lender may simply negotiate with A&P directly with the owner handing back the property. Either way, it is likely some of these properties will be on the market for sale as bank real estate owned property. In a tough real estate market, this is just another tough financial blow.

The spaces are so large and with the current real estate market in metro Detroit, the vacant locations will have a very difficult time finding tenants. The large size of the vacant A&P space extremely limits the potential tenants for that portion. Further, investment may be required to subdivide that space and the spaces still will likely be tough to rent. The size of the centers might need to be reduced. Even when rented, the rental will likely fall far short of what A&P was paying. Usually, the other space in the centers are dependent on the grocery store as an anchor tenant to draw traffic to the center. With a vacant A&P store, the other parts of the center are extremely less marketable. All in all, the properties will be a tough sell. The landlords who retain the property, will be stuck with little cash flow and a difficult to rent property.

Let's assume that the actions are a ploy by A&P to negotiate a settlement on their leases. In that event, I echo the sentiments of the Crain's editorial that it is low. They are forcing their way out a contract they are bound by and praying on the financial distresses and misfortunes of landlords who may not have the same financial wherewithal as them. The aggressive and callous actions of A&P show a disregard for the consequences that will be felt. It shows that A&P will use any means necessary to get out of Michigan. They may in the process take a significant hit to their relationship with various lenders and investment trusts, and their reputation in the real estate market may take a black eye. I, for one, am hoping that if this is a plan to get out of their leases, it will backfire.
Posted by stevesamona at 7:49 AM No comments:

Failure to properly remove a tenant can expose a landlord to potentially large damages and may prevent them from recovering future rent owing under the lease. The law defines the process necessary to remove a tenant. The landlord must recover possession through the court if the tenant does not leave voluntarily. The Michigan court rules provide for certain procedures and proceedings at the district court level. This is often referred to as an eviction.

If a landlord takes matters into his own hands and forcibly remove a tenant, the landlord can be liable for substantial damages. The Michigan Anti Lockout Statute applies in those instances. Forcible removal could mean changing of locks, threat, or removal/destruction of property. If a landlord forcibly removes a tenant, he is liable for treble damages, or three times the actual damages incurred as a result of the removal. In a commercial lease, this could mean lost profits among other things.
Most leases allow the landlord to remove the tenant without terminating the lease. Recovering possession likely does not mean the tenant is let off the lease. The landlord is permitted to re-let the premises. Tenant may be liable for the costs of re-letting the premises as well as the difference between the rent paid by the new tenant and the amount the defaulting tenant was obligated to pay. However, if a landlord does not properly recover possession, landlord's right to recover any amount owing after the removal of tenant may be gone.

It is important that you retain counsel familiar with the entire eviction proceedings. I am experienced with the process and would be glad to assist you. If you should have any questions or wish to discuss this further, please contact me so we can arrange for a free consultation.
Posted by stevesamona at 7:45 AM 1 comment: